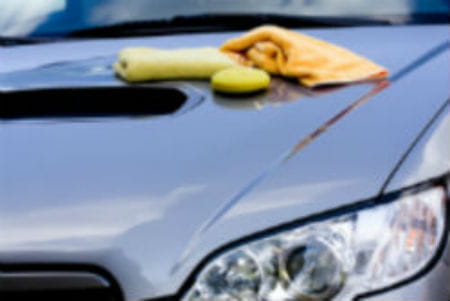 First Impressions make all the difference when you approach a meeting, luncheon or any venue.  Before people see you they see what you’re arriving in. Don’t disappoint with with an unpolished arrival.

Having a clean and detailed vehicle is necessary for any occasion casual or business.  Make your entrance worth the wait with an elite and swirl free vehicle.  Your vehicle will hit the right points with our master mobile detail and car wash services.

Affordability and competitive are what our prices are.  Your vehicle is in great hands with our experienced and knowledgeable staff and professional up to date equipment.  You will have no worries about oxidation, swirls, water spots or scratches. We take the absolute care with each of our customers and repeat clients.

Don’t forget our interior services as well.  With the various car interior materials out there, we take into consideration the chemical process of our cleaning products and the chemical compounds.  Doing so will ensure that the chemical interaction does the pristine job intended for a crisp and clean car interior.

With our Auto Detail Staff, you are getting more than just an mobile auto detail service.  You are getting good ol’ quality customer service. The type of service your grandparents spoke of.  We take pride in our local Santa Clarita company as well as taking pride in our customers.  We can guarantee you will receive:

Just north of the San Fernando Valley, Canyon Country is a notable city located in the northwest part of LA County and situated in Santa Clarita, California.  There is a history of Canyon Country that not many are aware of.

Home of the Native American tribes dating back to 1790, this area was invaded by the Spanish and later become part of the Rancho San Francisco land. Eventually this area became part of the Henry Newhall Empire now presently know as Newhall Land and Farm Company.

Home of business personalities such as Cliffe Stone, Gene Vincent, Linda Gray and famous guitarist Zane Ashton, Canyon Country is more attractive than you think.  Minutes from Six Flags Magic Mountain and Westfield Town Center, you have access to loads of activities you and the family can enjoy all day and all year.

William S Hart ranch is a tourist attraction as well as the Gene Autry’s Melody Ranch.  History buffs would enjoy gleaning gold nuggets of historical information from these locations.

Canyon Country is one of the four Santa Clarita cities nestled in the north part of Southern California.  This city along with its four counterparts was established as Santa Clarita in the year1987.

Canyon Country being the suburban city that it is, is located near and among many amenities that all in the family will enjoy.  From hiking and biking trails to shopping and eateries, you are within minutes from the local hotspots.

Housing roughly about 60,000 people Canyon Country serves both residential and commercial options. With its spectacular views from the various parks such as, Mint Canyon, Placerita Canyon Park and many more, an outdoor enthusiast has accessibility to enjoy the Southern California outdoors.

So now you know some facts about your city of Canyon Country why not get your car cleaned and detailed before you head out on the road to discover more about the Santa Clarita Valley.